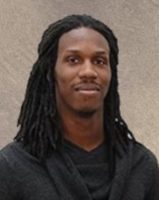 Wayne Dorsey moved up and down the eastern states as a child, rarely staying in one place more than 2 years. “It wasn’t a military thing”, Wayne clarified. It was a life thing. Frederick was among those places and his memories of this area and nearby family would ultimately bring him back to launch a non-profit business. But, first, he attended … END_OF_DOCUMENT_TOKEN_TO_BE_REPLACED

Our featured member in June has been an IT Geek for as long as he can remember. He "went nuts" (his words) over a TRS-80 computer in middle school, diving into BASIC programming. His dad bought him a Commodore 64 to use at home and the rest is history. Derrick went on to teach himself Assembly, C, graphic design, and anything and … END_OF_DOCUMENT_TOKEN_TO_BE_REPLACED