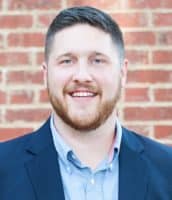 Bliss Spillar is the Lead Pastor at Redemption City Church, a new church in downtown Frederick that he founded – Bliss prefers “planted” – in November 2014. He draws many parallels between founding a church and founding a company. He’s an entrepreneur, focused on vision, mission and leadership development. He just happens to be building God’s kingdom rather than his own.

While pastoring a church runs in the family (his father was a pastor), that wasn’t his first plan. His plan was football and, following in his mother’s footsteps, a career in law and politics. Bliss was born in San Antonio, but grew up, along with two younger sisters, outside Atlanta. He played football in middle school and high school, well enough to get a college scholarship, but his twelfth concussion put an end to all that. The Atlanta Falcons doctor examined him and said he could no longer play.

Bliss’ plans to go into law and politics also changed his first semester of college. He took a Bible class and was hooked. In 2008 Bliss graduated with a Bachelor’s of Science in Biblical Studies and Theology. He began graduate studies, but for a variety of reasons postponed his graduate degree. 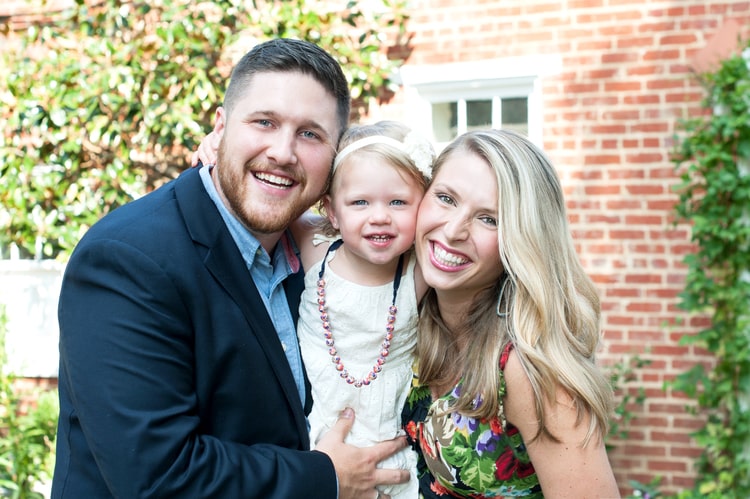 Bliss worked as the Resident Director and then Campus Pastor and Associate Director of Commuter Affairs for the university until January 2012 when he and his wife, Shelby, along with their newly-born daughter, Cora, moved to Charlottesville, VA. Bliss had been invited to be the Director of Church Planting and Training at Portico Church. He knew Portico Church was part of the Acts 29 church planting network and he wanted in.

By 2014 Bliss felt the time had come. He brought the idea of planting a church to the elders of Portico Church, who prayed about it and told Bliss he should head toward Baltimore or DC. It was soon clear living in the heart of either city would not be a good fit for his family, so Bliss expanded the search westward and found Frederick.

Bliss and his wife, Shelby, were looking for a growing city, with a vibrant downtown scene, a place with young families, a place that was connected to DC but had its own culture. Frederick seemed to fit the bill. It also seemed the perfect blend of their backgrounds: Bliss grew up near a big city and Shelby grew up in a small town. They fell in love with the aesthetics of the area immediately, but spent the next six months visiting places and meeting people to make sure Frederick was the right place. “It was the people who really sold us on Frederick. I got a real sense them wanting to make – and being willing to actively work toward making – Frederick better. That’s incredibly biblical.” Bliss noted. He felt certain he was being called to plant a church here, but took the matter back to the elders for further prayer. The elders agreed and the rest is history. 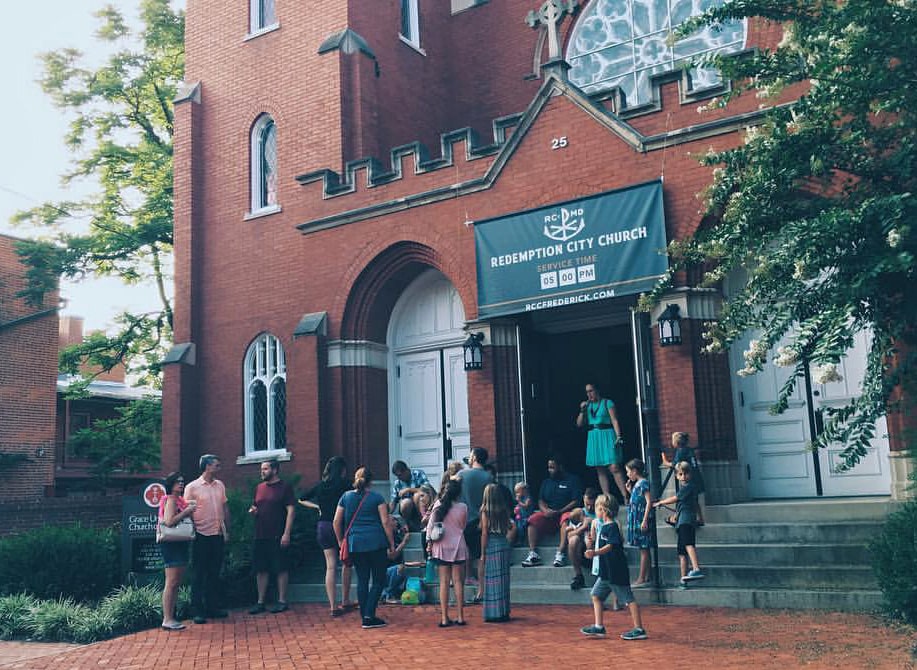 Redemption City Church (RCC) of Frederick opened its doors in November 2014. It was exciting, but the tasks ahead could also feel daunting at times. Thankfully, Bliss isn’t doing it alone. Aside from strength he draws from his belief in God and the help he gets by “reaching up”, Bliss understands the importance of reaching out. He values the wisdom of others who have gone before him, so RCC has an advisory team that provides support and oversight while RCC appoints other pastors and elders from within the congregation. Shelby leads and organizes children’s activities. Jeff Estes joined the leadership team as the Director of Worship and Arts. Briet Willan is the Director of Connect and Kids City.

Redemption City Church is a non-denominational church that aims at reaching people where they are, as they are. Bliss gets most of his guidance from Christian scripture and through prayer. He also carries lessons from his parents with him. His father taught him about hard work and that no job is above you. His mother taught him to have compassion for all people. Both have been invaluable. 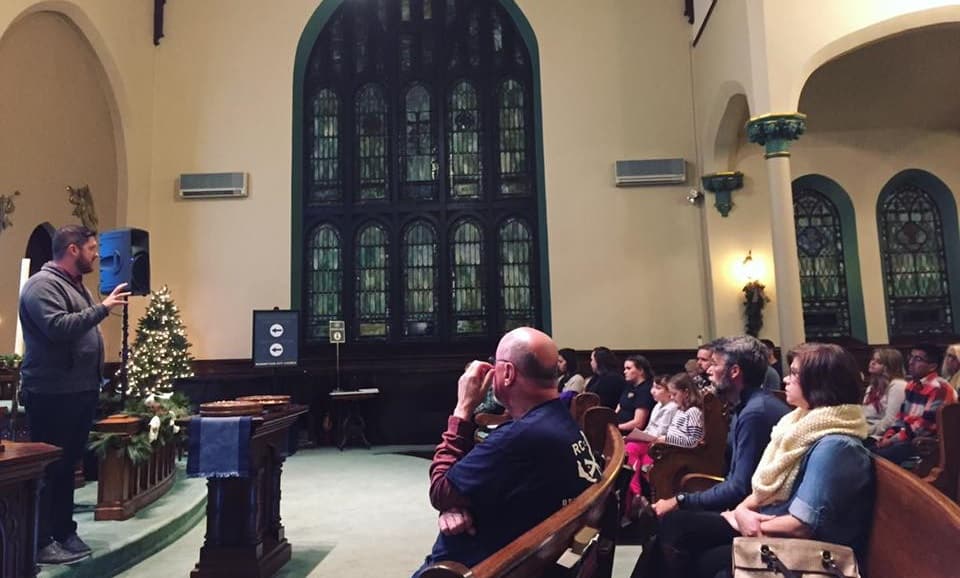 Bliss’ long-term vision is to start a movement of church planting in Frederick County – a parish model, many neighborhood churches rather than a mega-church. Aside from the practical matter of  keeping churches accessible and authentic for the people who are a part of them, there’s the very personal – and sobering – matter of a pastor’s responsibility. Believing he will answer before God for each and every person he pastors, Bliss wants to make sure the church he pastors stays small enough that he can do that. Bliss’s vision – and the one he believes he is called to fulfill – is growing up elders within RCC to plant other churches in Frederick County.

Bliss was also recently asked to be the Connections Director at SENT Church Planting Network, where he serves on the Network Leadership Team, providing guidance, support, and direction for the Network. His focus is on building and maintaining strong relational connections and communication inside a growing network of church plants.

Bliss learned about Cowork Frederick when he rented a conference room for a meeting of church elders. He was familiar with coworking and liked the idea. In fact, a friend of his had launched a coworking space. But he didn’t join as a member until some months later. Why? “At that time, I romanticized the idea of working from a coffee shop. It seemed so freeing and fun.” Bliss explained. “The reality was not so good: the noise, lack of productivity, and the cost. It actually cost me more to work there than here.” Bliss had a rule for himself that required him to make a purchase every 1 ½ hours he worked. That quickly added up. After about 3 months, he tried working from home. That didn’t work either. At the time, they lived in a small apartment and he didn’t have a good space to work at home. So, in June 2015, Bliss joined Cowork Frederick. Since then, Bliss and Shelby moved to a larger home and he has a more suitable office space there. So, with an office space at home, what has kept Bliss here? Doing his work here provides a clear separation of home and work life. He also values the other members of Cowork Frederick. Coworking makes it easy for him to regularly engage with people in other professions, from varying backgrounds with varying perspectives.

I instantly liked Bliss the day I met him, seeing him working quietly – some would say bravely – sitting with his Bible out in the open where everyone could see it. Later that day, to break the ice, I facetiously asked if he was given his name because he brought sheer bliss to his parent’s lives (I bet he’s NEVER heard that before!). He smiled his unassuming smile and explained it’s a family name. He’s Bliss Spillar IV. Bliss can still be found at Cowork Frederick most days, head phones on, working away at his laptop, Bible and several other books (business, theological, philosophical) at his side. 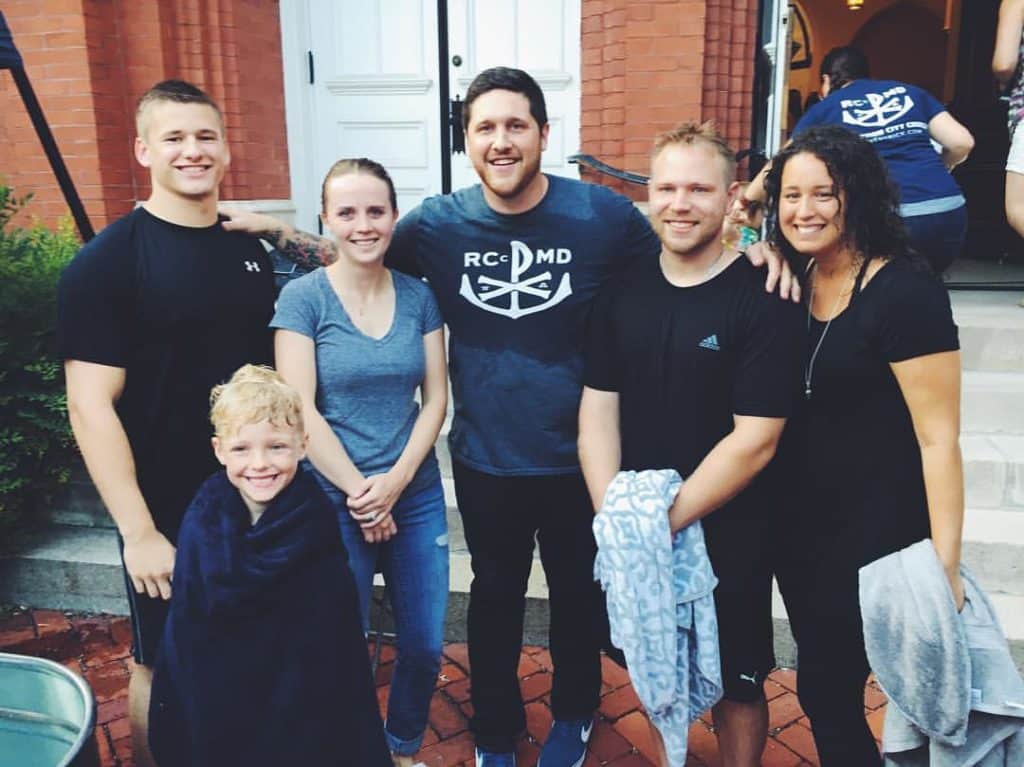 When asked for his advice to other church planters, Bliss notes this advice is good for anyone who wants to start something, for any entrepreneur, and then says “Before you do whatever it is you want to do, before trying to fulfill your own vision, submit to someone else’s vision first.” It’s an apprentice model: learn from a master, then become a master yourself. He goes on to say, “It’s not just about tools and strategies. It’s about humbling ourselves.” I add that some startups fail because the founder doesn’t know how to fail and keep going. Demonstrating the kind of inspiring insight one would want in a pastor, Bliss explains, “It’s the ‘Furnace of failure’. When approached with the right posture, it’s not an all-consuming fire, but a purifying one.” 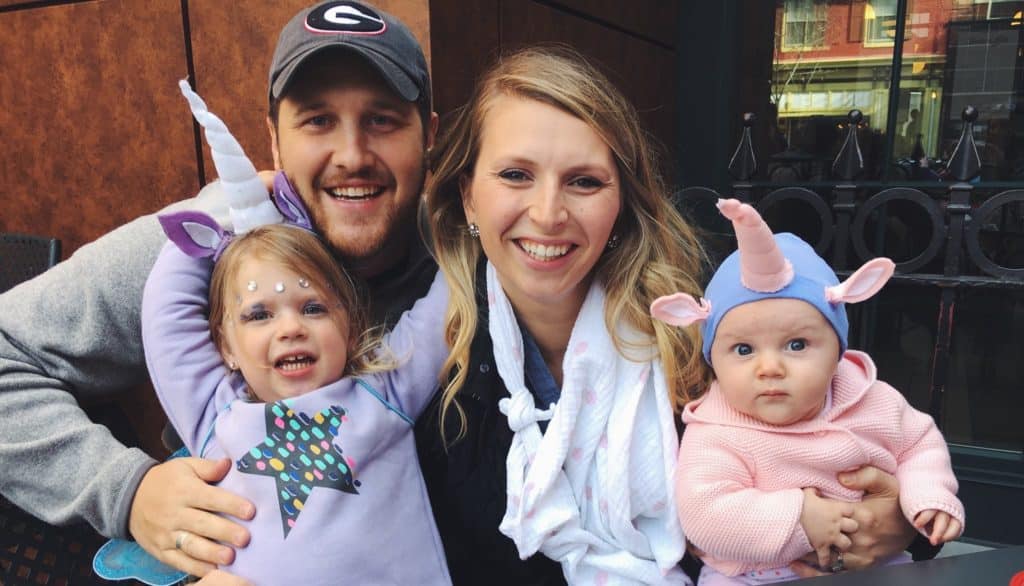 Bliss lives in Downtown Frederick, Maryland with his wife, Shelby, and daughters Cora and Laurel. His hobbies include anything outdoors with the family, reading, writing, golf, drinking wine with his wife, and smoking cigars. He plans to go back to graduate school to work on a Doctor of Theology degree – possibly as soon as next year.